Things to See and Do in Tokyo

Reader Review: Located in the center of Tokyo, half of this amusement park includes many roller coasters, various rides, games and shows. It has rides for all ages. The second half is a water park. It includes many waterslides (some available with inner tube at an extra cost), a lazy pool, two wave pools, a children's pool and an olympic size swimming pool with 3 diving … END_OF_DOCUMENT_TOKEN_TO_BE_REPLACED 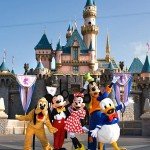 By all accounts Disneyland Tokyo is quite a bit like the original Disneyland in California. Peruse the list of attractions on the official Disney Tokyo website and you'll find the standard fare you've come to expect from the American Disney parks. So what's the big deal? To be honest, we're not so sure. Our best guess is that the park is primarily for Japanese natives who can't … END_OF_DOCUMENT_TOKEN_TO_BE_REPLACED 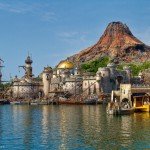 Located at the Disney Resort next to Disneyland Resort Tokyo, the park offers water rides and amusements in themed ports, such as "Mermaid Lagoon" and "Mysterious Island". While we'd probably choose to spend our time in Tokyo doing something more - well, Japanese - Disney Sea is at least an original concept that varies quite a bit from the Disney theme parks in other parts of … END_OF_DOCUMENT_TOKEN_TO_BE_REPLACED

The 500 ton tank features over 100 species of fish. The 22 meter tunnel under the tank allows you to experience the aquarium from below, giving a true undersea feel. … END_OF_DOCUMENT_TOKEN_TO_BE_REPLACED