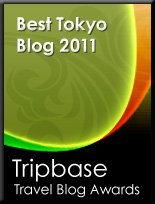 Because of the current high value of the yen, Japan may not seem such a cheap destination anymore. But don’t worry, you can still get by very cheaply in Japan, as long as you are armed with some inside information. Here are some tips the guidebooks won’t tell you.

Japanese inns, mainly minshukus and ryokans, rent Japanese style rooms with tatami mat and futons. The rates include two meals: dinner and breakfast. In bigger cities many inns will cater to Westerners, who generally prefer to go out on the town to eat. Such inns will just charge you for the room and no meals. But if you are off the beaten track in a mountain town or someplace with few foreigner tourists, the inns will cater to Japanese tourists who like to have their meals included. You may find the price of 9,000 yen or more per person per night a bit prohibitive. So, try asking for sudomari, which means just the room with no meals. The sudomari price is never advertised, because most Japanese tourists don’t want it. Sudomari will cut the per night rate by about half.

In addition, you can always add breakfast (Japanese style only) for an extra 500-700 yen. These are usually quite elaborate, so be ready to eat a lot, even early in the morning.

Many casual Japanese restaurants have a set meal called teishoku. These are especially popular for lunch but many places still offer them for dinner too. The teishoku is usually the best deal for your money. typically costs between 700 and 1,000 yen (for lunch) and includes several courses. You’ll usually be presented with a cluster of dishes on a lacquer tray: pickled vegetables, fish, rice, miso soup and an array of vegetables making for a nutritious and balanced meal. Not only teishoku economical, but it’s a great way to try out lots of different Japanese foods. There are several different kinds of teishoku, such as pork or fish, but the higawari teishoku changes every day and is equal to “the special of the day.” It’s also an easy way to order if you can’t read the menu!

Ready-made food at convenience stores in Japan is amazingly cheap. And it is usually far healthier than the fast food you’ll get in a convenience store in the U.S. Here are a couple things to try.

Onigiri rice balls (100 yen). These are actually rice balls formed into triangles and are wrapped in seaweed. They are easy to carry in your pack for a quick meal and they can be eaten with your hands. Onigiri comes in different “flavors” which refers to the small bit of filling inside each one, such as tuna, sour plum or chicken.

Oden soup (Pictured) (100 yen for each ingredient). Oden is a clear soup stock which is then filled with ingredients such as a boiled egg, a fish paste finger, a boiled radish, or a boiled potato. Everything is already cooked and you simply help yourself by taking a Styrofoam bowl and filling it up with liquid, then adding each item as you like. This is a quick, filling meal for about 500 yen.