The Japanese government has officially launched the Cool Biz initiative, designed to promote more casual business attire and save energy during the summer months. While you would expect to hear cheers from Salarymen around the country, the reaction to the new program has been decidedly mixed. First of all, there's the all important question of what to wear. The standard … END_OF_DOCUMENT_TOKEN_TO_BE_REPLACED

In a campaign to save energy during Japan's increasingly hot summers, Prime Minister Koizumi has done the unthinkable. He's asked Japan's salarymen to shed their traditional coats and ties. In fact, he's requested that all of Japan's office workers dress less formally during the summer months. In a country that prides itself on tradition, formality, AND following the … END_OF_DOCUMENT_TOKEN_TO_BE_REPLACED 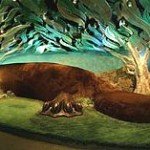 You would think by now the Japanese would be used to giant monsters. Yet for some reason the arrival this week of a giant platypus at the World Expo has left many Japanese perplexed. One of the most common questions posed by visitors to the Australian pavilion was "What does it taste like?" Presumably the would-be platypus eaters asked their question before the giant … END_OF_DOCUMENT_TOKEN_TO_BE_REPLACED 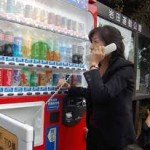 When I contemplate a hypothetical situation where I might need emergency assistance in Japan two things come to mind: First, the emergency number is 119 instead of 911. Second, how the heck do you tell dispatch where the emergency is? Fortunately finding out your exact location could be just as easy as locating the nearest vending machine. Japan has almost six million … END_OF_DOCUMENT_TOKEN_TO_BE_REPLACED 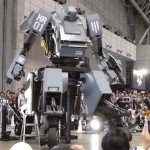 A surprisingly large portion of my first trip to Tokyo was spent scouring various toy stores in search of Japanese robots. What could be a cooler souvenir of my trip to Japan? It was the mid-90's and after days of searching I had a couple of articulated plastic robot figures and deep sense of disappointment. Japanese robots have come a long way since then, mostly thanks to … END_OF_DOCUMENT_TOKEN_TO_BE_REPLACED